Dirty Tricks to Down More Doves 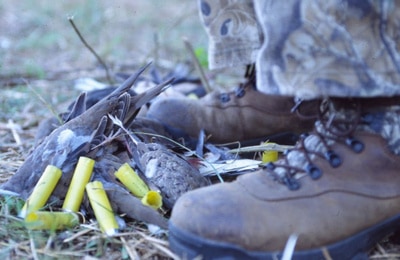 Bagging a limit of doves over a hot corn or wheat field really isn’t that difficult, at least not if you can hit your target. Sometimes, however, pulling birds into shooting range can be a difficult task. Instead of sitting on a bucket and wondering why you aren’t getting any action, try these tricks. They’ll work when nothing else will.

Give Them a Roost

It’s no secret that doves like to light in dead trees and on power lines before they flutter to the ground to feed. But hunters who don’t have either can create their own dove magnet, either by killing a tree (if it’s legal) on the edge of a grain field or even by stringing up a wire between a couple of poles in the middle of the field itself. Of course, killing a tree won’t do much good for this year’s hunt, but by next year, the branches will be bare and the open limbs will draw doves like ants to a picnic. Just take a chainsaw or axe to any 20-foot-high tree on a fence line or a field edge and ring the trunk, cutting deep enough only to penetrate the outer and inner bark. That will kill the tree, but it won’t do enough damage to knock it over for quite some time. You’ll have a dove magnet for years, offering a deadly place to set up and wait.

If ringing a tree isn’t an option, string a quarter-inch cable or clothesline between two poles at least eight feet high and clip a couple of dove decoys to it. It’s not easy—you’ll have to dig a couple of holes for the posts—but the payoff can be huge. Doves often zero in on a resting place that affords a clear view of a field. Put the rig up a few weeks before the season so the birds can get used to it, and place it in an area away from trees. Setting it up on a hill or rise is even better, but don’t put the decoys on it until you actually hunt the spot.

Just as ducks are drawn to motorized duck decoys, doves are suckers for a Mojo Dove, a spinning-wing dove decoy. The flash of the rotating wings is a great imitation of a bird back-peddling as it sets down on the ground. Not only do they work, they pull passing doves that might not otherwise swing by your shooting zone like they were on a string. 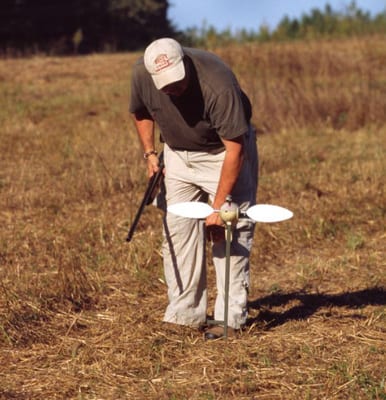 Spinning-wing decoys don’t work quite as well under cloudy or shady conditions as they do on bright days. If you have a choice, place your spinner in sunlight so the twirling wings create a strobe effect; the alternating flash of white and gray will serve as a beacon to passing doves. Check to make sure motorized dove decoys are legal in your state because some states have banned all battery-powered decoys while a few have banned them just for waterfowl. Let Them Land

Another great trick is to clear some ground, offering birds a clean landing zone. In fact, no matter how much food is available in the field you want to hunt, few doves will use it if they don’t have open ground. If your field is choked with weeds, make a bare spot. 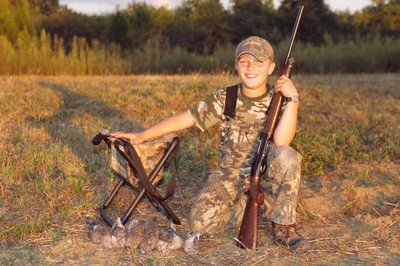 A box-blade on a tractor, even a disk pulled behind an ATV can create the perfect landing zone to entice passing doves. If the vegetation is thick, spray it with a non-selective herbicide like Round Up, wait a week and then clear the ground. Not only will your efforts result in a patch of open dirt, you’ll probably knock some seed loose from those dead plants. If you don’t have a box-blade, use a brush mower like a Bush Hog and set the blade as close as possible to the ground. Make several passes with the mower, chopping any plant matter into small pieces while giving birds a clean, clear place to land. Of course, if everything goes well, that open ground will also make it easier to find the doves you drop.