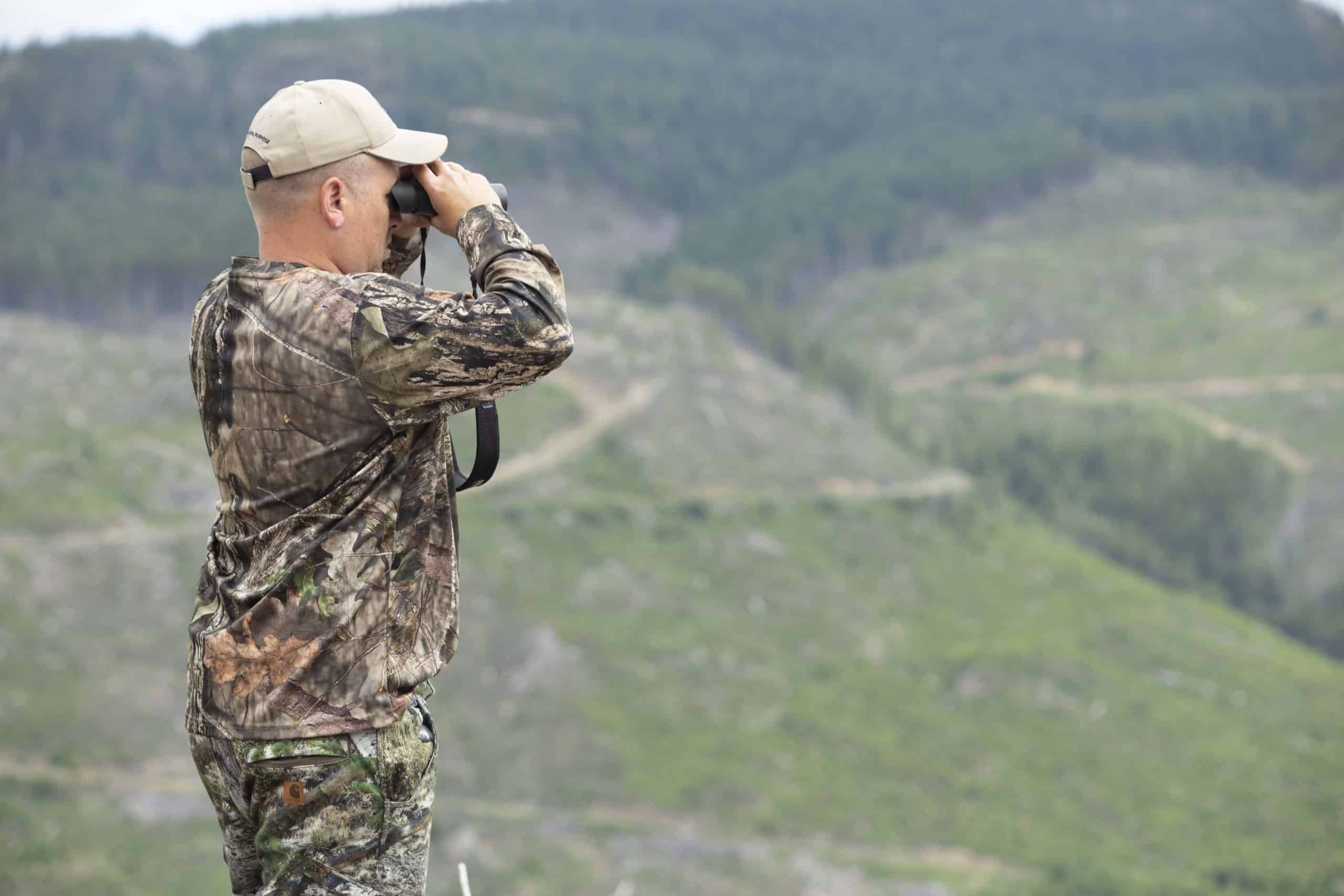 Gordie Ingram of Sharpsburg, Maryland, treks cross-country to the rugged Pacific Coast in search of a trophy black bear on an exciting episode of the Union Sportsmen’s Alliance’s (USA) Brotherhood Outdoors television series airing on the Sportsman Channel the week of August 12.

A proud member of the International Union of Elevator Constructors (IUEC) District 10, Ingram is the father of three active youngsters, a little league baseball coach and serves his community as a volunteer firefighter. Forever on the go at work and at home, Ingram hasn’t let a busy schedule still a lifelong desire to head west in pursuit of big game, however.

His dream comes true when Brotherhood Outdoors TV takes him to Vancouver Island, British Columbia, with its 12,000 square miles of timbered mountains and a population of more than 7,000 black bears. The island’s particular sub species of bear is darker and grows bigger than its cousins on the mainland, making this place a world-class destination for bear hunters everywhere.

Join Ingram on the Sportsman Channel Tuesday, August 13 at 4 p.m. Eastern as he, USA CEO and Executive Director Scott Vance and Todd Bissendorf of Coastal Bear Adventures spot-and-stalk behemoth bruins through the rugged wilderness in search of a trophy boar. Then, follow along as Ingram heads back to Maryland where he and his oldest son Bryce embark on the boy’s first chartered fishing trip for rockfish on Chesapeake Bay. If you miss the first broadcast, catch one of this breathtaking episode’s re-airings on Wednesday at 11:30 a.m., Saturday at 1:30 a.m. or Sunday at 11 a.m. Eastern.

For a complete listing of all upcoming episodes, visit https://www.thesportsmanchannel.com/show/brotherhood-outdoors/81966. To watch episodes online, visit www.myoutdoortv.com.